Categories: The World of Wine, Our News 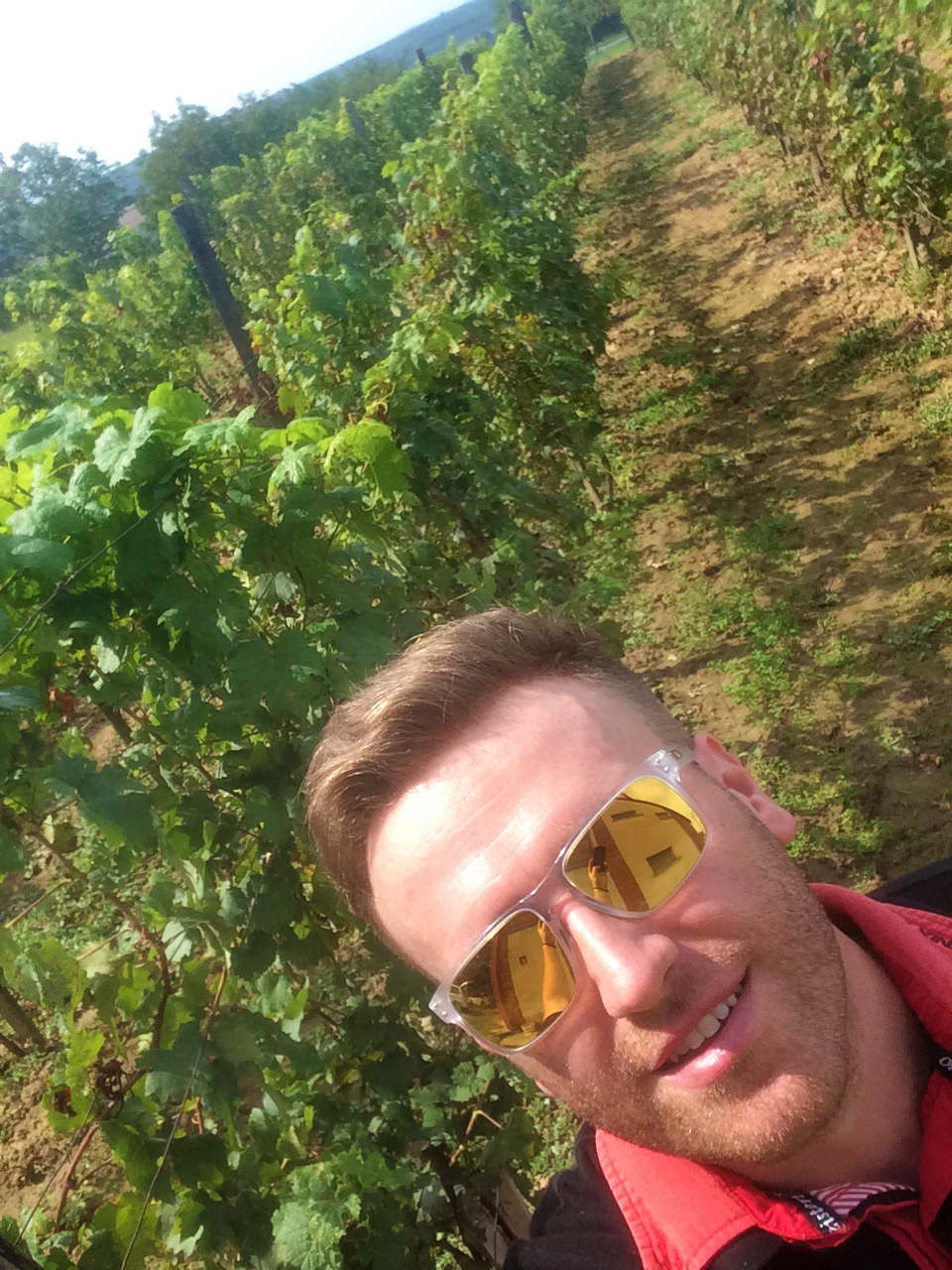 You'll be interested to know that The Calais Wine Superstore's very own Balazs is from Hungarian winemaking stock. The Hegedus family are in the third generation of winemaking - or fourth and fifth if Balazs and his son Hugo take it up too!

Balazs's father is a committed small producer focusing on quality rather than quantity. He farms a family estate of select vineyards in Baranya county, which is situated in the warm southernmost tip of Hungary and is home to the noted wine regions of Villány, Szekszárd (pronounced 'sekzard') and Siklós. 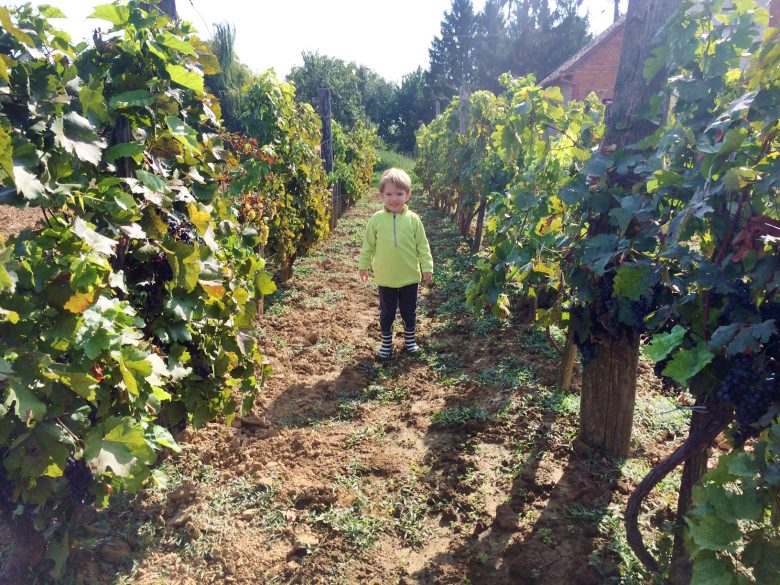 Wine has a very long tradition in Hungary, perhaps more than most other Eastern European countries, having been produced there since Roman times or possibly even earlier. Situated in the Carpathian basin it is surrounded by high mountains, and the vineyards there have a long growing season. Leading wine expert Hugh Johnson recently commented that, apart from the world-famous sweet wine Tokaji (pronounced 'toe-kye') "...Hungary is increasingly gaining overdue recognition for a full range of wines - from inexpensive, reliable whites through to serious dry whites and reds".

Mr. Hegedus (Balazs's father) clearly has an abundant and healthy crop this year for the production of both red and white wine: 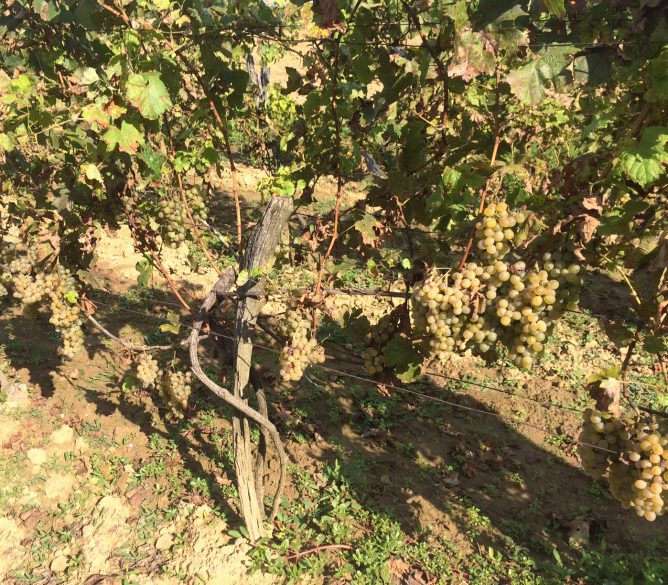 The white grapes pictured (60% of wine from Hungary is white) are called "Rizlingszilvani" (Riesling Sylvaner) which is basically the Müller-Thurgau varietal for which Liebfraumilch and Blue Nun are known, but which strangely performs better outside Germany. Here in Hungary, this grape ripens early in the season and gives a high yield, but due to its thin skin it can be rather sensitive. At its best, it produces a slightly aromatic, crisp and light wine with subtle acidity that should be consumed young. 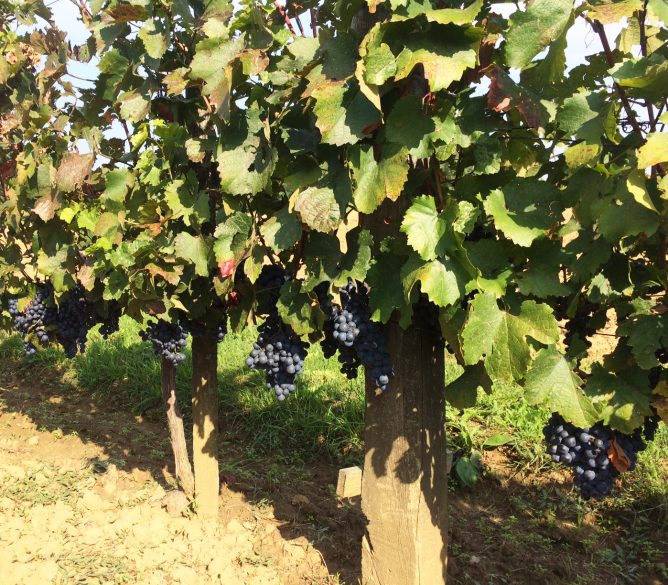 Kékfrankos on the vine

Producing a delicious blend, there are three red grape varietals grown on the Hegedus estate - Zweigelt, Blaufränkisch (Kékfrankos) and Blauer Portugieser. The first produces a light bodied wine perhaps comparable with Beaujolais - cherry, raspberry flavours with a slight cinnamon spiciness, high in acidity and low in tannins, it should be drunk young and pairs well with light meats and even fish.

Because of its spread in the east, Blaufränkisch has been called "The Pinot Noir of the East", but is actually far more rich in character. Aged in oak Bläufrankisch wines can become opulent, subtle and lush with flavours of blackberry, tart cherry and citrusy spice and are a great accompaniment to rich grilled foods. Known locally as "Kékfrankos" (literally 'Blue Frankish') it is the major ingredient of the famous red blend "Bull's Blood" from the Eger region of Hungary. Leading wine expert Jancis Robinson says "...young Kékfrankos can be particularly juicy and appetising". 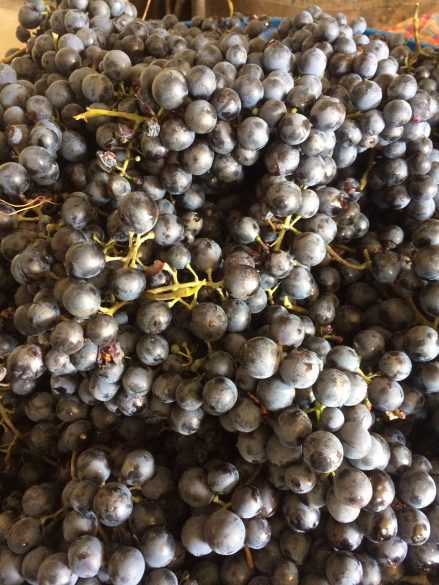 Blauer Portugieser is also a permitted component of "Bull's Blood". It gives prolific yields and is a good grape for blends, but alone it can produce simple light bodied wines, predominantly with grape juice characteristics but with some plum and red cherry aromas and raspberry fruit flavour.

So, although at the moment he is only producing wine for family and close friends, we hope that Mr. Hegedus will allow us to sample a bottle or two in store after Balazs next visits his vineyards - can't wait to try some!  What do you think, should we start stocking Hungarian wine?