Booze Cruise Around the World - Who Drinks the Most? 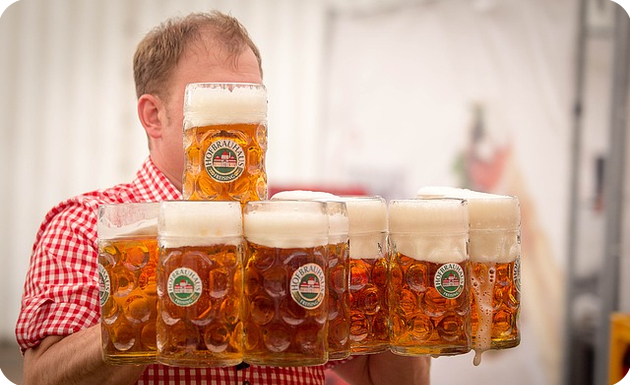 Thanks to a new map produced based on data from the World Health Organisation (WHO), we can take a little booze cruise around the world to find out which countries are out drinking their neighbours.

Have you ever wondered which Countries are the booziest?

Would you be surprised to hear that Britain's doesn't top the list? Can you guess our position?
Well, we don't even make the top 20!
The image below shows how many litres of pure alcohol a single person, aged 15 or over, drinks in each country around the globe. 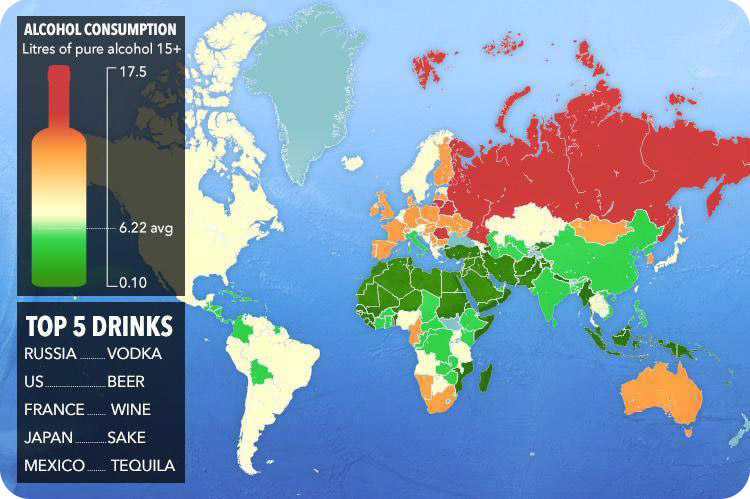 Join us on a booze cruise around the world to discover who drinks the most.

The number 1 spot goes to Belarus! Officially the biggest drinkers in the world. The average consumption per capita is 17.5 litres of pure alcohol per year! 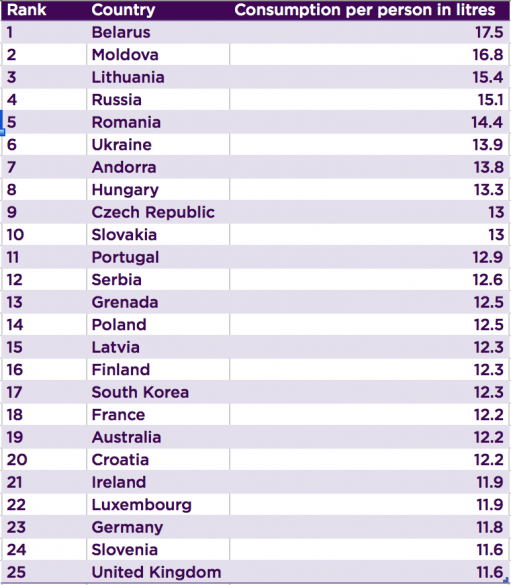 Moldova comes in a close second with 16.8, followed by Lithuania.

In Russia, they drink an average of just over 15 litres of pure alcohol per year per person. This is roughly the equivalent of 155 bottles of wine or 1,500 shots of vodka!

Quite surprisingly, Britain is relatively low on the list, in 25th position. On average we each consume 11.6 litres of pure alcohol a year - the equivalent of around 119 bottles of wine or 408 pints of lager.

This is still well above the global average of 6.22 litres.

It's no surprise to hear that the tipple of choice varies greatly from country to country. Spirits dominate many eastern European countries such as Russia, Belarus and Modova.

In our booziest country on our booze cruise - Belarus, spirits account for 47% of all alcohol consumed. This is followed by beer (17%) and wine (5%). But the majority of the alcohol is believed to be homemade and highly illegal.

Lithuania and Romania break free from the trend in the top five, with people preferring beer.

But perhaps surprisingly, whereas many might have expected the UK to follow suit, Brits actually consume more wine than beer. It's no huge surprise to us at The Calais Wine Superstore. We're lucky enough to meet many British wine enthusiasts every day!